Is your child interested in joining a school wrestling team or local wrestling club? Wrestling is a tremendous opportunity to impart in your child important lessons about commitment, discipline and hard work while challenging him or her to stay in fantastic physical shape. There are many things you should know about wrestling and what your child will need to start on the mats.

There is no punching, kicking or any other type of striking allowed on the wrestling mat. Because of this, there are very few serious injuries associated with wrestling. In fact, wrestling has a much lower rate of serious injuries than sports such as football, hockey, soccer or even baseball.

First, your child will need a team or club to wrestle and train with. Many middle schools and most high schools have wrestling teams. These teams usually hold regular afterschool practices and participate in weekly meets and tournaments. If your child is younger or his school does not have a wrestling team, you may find a local independent wrestling club. 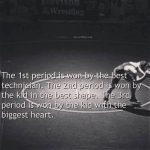 What can I do outside of practice to become a better wrestler if I don’t have a partner?

We’ve all asked that question at least once in our wrestling careers.  But what’s the answer?

No Partner? No problem.

How do I train wrestling at home without a partner?

If I had to improve my wrestling and had no partner I would do one of the following (in no particular order of importance)
Which one you do depends on what you need to improve. I would say you should do a little of each option above.  Anything that you can do to give yourself that competitive edge over your wrestling competition is worth doing. 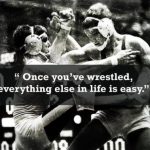 Should wrestlers consider working with a personal trainer?

Short answer – Absolutely.  Long answer – Wrestling is a tough, demanding, sport that is extremely hard on an athlete’s body. During practice a wrestlers body gets beat up and in many cases there will be a lot of pressure put a wrestlers joints.   Training for wrestling can no longer rely exclusively on long-distance runs and high rep endurance training. These exercises often eat away at your muscle and do nothing to improve strength.  Wrestlers should consider a strength & conditioning program run by an experienced personal trainer.

Personal trainers provide can provide several focused workout training plans specifically for wrestlers.  Outlined below are some of the exercises that are recommended for wrestlers.
Focus on Full-Body Strength Exercises
Your main tools to build strength and power should be full-body, compound exercises.  e.g. Deadlifts, Squats, Overhead Presses, Power Cleans, Lunges, Pull-Ups, Bent-Over Rows, Snatches and Push-Ups. These should be the primary focus of your Strength & Conditioning program.  They’ll help you become stronger and more powerful on the mat.
Combine Bodyweight Exercises with Full-Body Exercises
By pairing your main exercises with bodyweight exercises, you’ll maximize your time in the weight room and simultaneously work on your conditioning. Some exercises that you can combine include Squats and Pull-Ups, Overhead Presses and Inverted Rows, Power Snatches and Lunge Jumps, Deadlifts and Push-Ups and Bent-Over Rows and Dips.
Grip Exercises Daily
Grip strength is key for wrestlers. If you don’t have it, you are at a huge disadvantage. You should do grip work every time you train.  Use exercises such as Towel Pull-Ups, Farmer Walks, Tennis Ball Squeezes and Fat Gripz Bent-Over Rows.
Pick Up the Pace to Improve Your Conditioning While You Train
By pushing the pace during your time in the weight room, you will also develop a level of conditioning needed to compete on the wrestling mat. By pairing exercises and using short rest periods, you will get stronger and train your stamina at the same time. If you need extra conditioning, perform a bodyweight circuit after your workout.
Sample Circuit Training Program for Wrestlers

Wrestling as a competitive sport has been around for centuries. That makes sense, as wrestling doesn’t require any specialized equipment other than your own body, and you don’t need to organize an entire team of people to participate. All you need to wrestle competitively is a worthy opponent and some knowledge of the basic styles of wrestling. Of course, the more practice you have under your belt, the better off you will be, as well.

People have used wrestling to establish dominance through competition at least since ancient Roman times, in the very first Olympics, and most likely even for centuries before that. Through all this time, these basic styles have actually changed very little.

This is the most traditional style of wrestling which has been used in competitive arenas throughout the ages. Greco-Roman wrestling involves strictly upper body moves. You are not allowed to do things like sweep your opponent’s legs out from under them; in fact, you are not allowed to even touch their legs. Upper body strength and maneuvers are the keys to victory in a Greco-Roman wrestling match. Spectators enjoy the throws involved with this type of wrestling.

This is actually the style of wrestling people know best in America, as folk style wrestling is the model most followed in high school and college level competitive wrestling.

Folk style wrestling is very similar to freestyle wrestling, with a few notable exceptions in rules of play and scoring methods. For example, while both freestyle and folk use a point system in determining a champion, freestyle scoring awards wrestlers anywhere from 2-5 points for different types of throws, while folk scoring only awards points for pins. This important difference can greatly influence a wrestler’s strategy in securing a win. From a spectator’s perspective, this can make a significant difference in the sheer entertainment value of any given wrestling match.

Wrestling has withstood the test of time as both a competitive sport and a popular entertainment venue for several reasons. First of all, it is a sport that is based not on high-tech equipment giving one opponent an advantage over the other, but on sheer individual strength and skill. Greco-Roman still represents the sport of wrestling in its original form though it has evolved to include variations such as folk style and freestyle…even professional wrestling has its roots in ancient Roman times. Whether you are competing or watching, wrestling has been a part of human civilization since the beginning of history, and it’s a past time that’s likely here to stay. 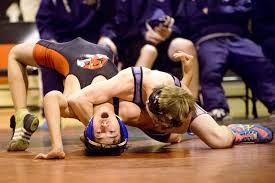